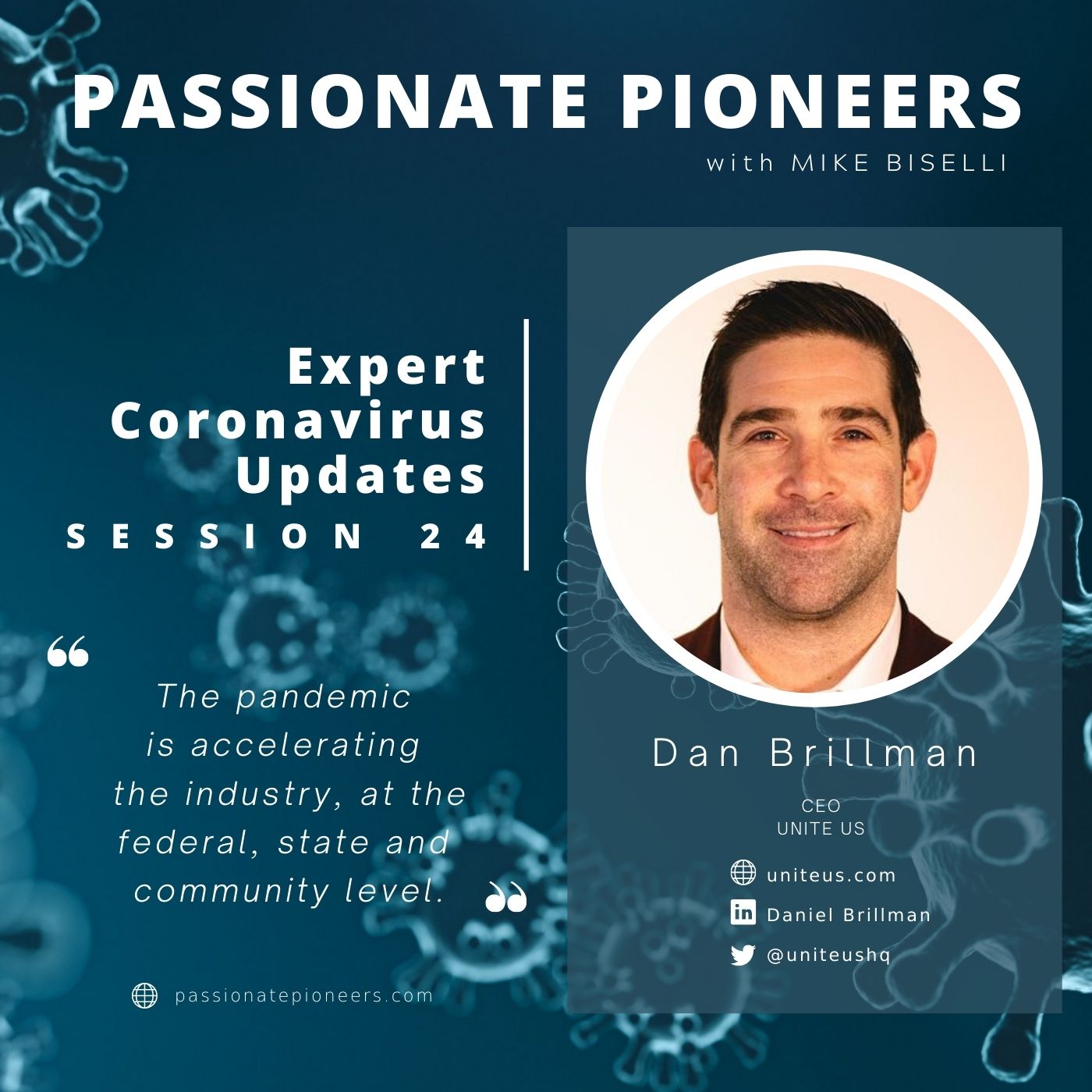 COVID-19 has laid bare an undeniable fact: the people hardest hit are those who already lack resources, have limited access to quality social and clinical care, and in some cases are one paycheck away (or even worse) from putting food on the table or paying the rent.

Study after study shows that the people who are suffering the most, both medically and economically, during the pandemic are the ones who were underserved before the global crisis became reality.

Tune into our next episode to learn from Dan Brillman, CEO of Unite Us, and how he and his team are using their proven infrastructure to align all stakeholders from healthcare, government, and the community around a shared goal to improve health, especially during the Coronavirus outbreak.

Dan Brillman graduated from Yale University in 2006 and worked in finance and consulting before joining the Air Force Reserves as a combat pilot, where he still serves today.

As an aircraft commander assigned to the 76 ARS at McGuire Air Force Base, NJ, Dan earned several combat air medals during multiple deployments both in Iraq and Afghanistan campaigns. After earning his MBA from Columbia Business School in 2012, Dan worked in venture capital in NYC, where he focused on investing and technological innovation.

Dan co-founded Unite Us in 2013. He is a recipient of the Jefferson Award for Public Service and was recently added to Business Insider’s “30 People Under 40 Changing Healthcare.” Passionate about helping others and tackling tough issues, Dan is a fierce advocate of programs that improve public health.